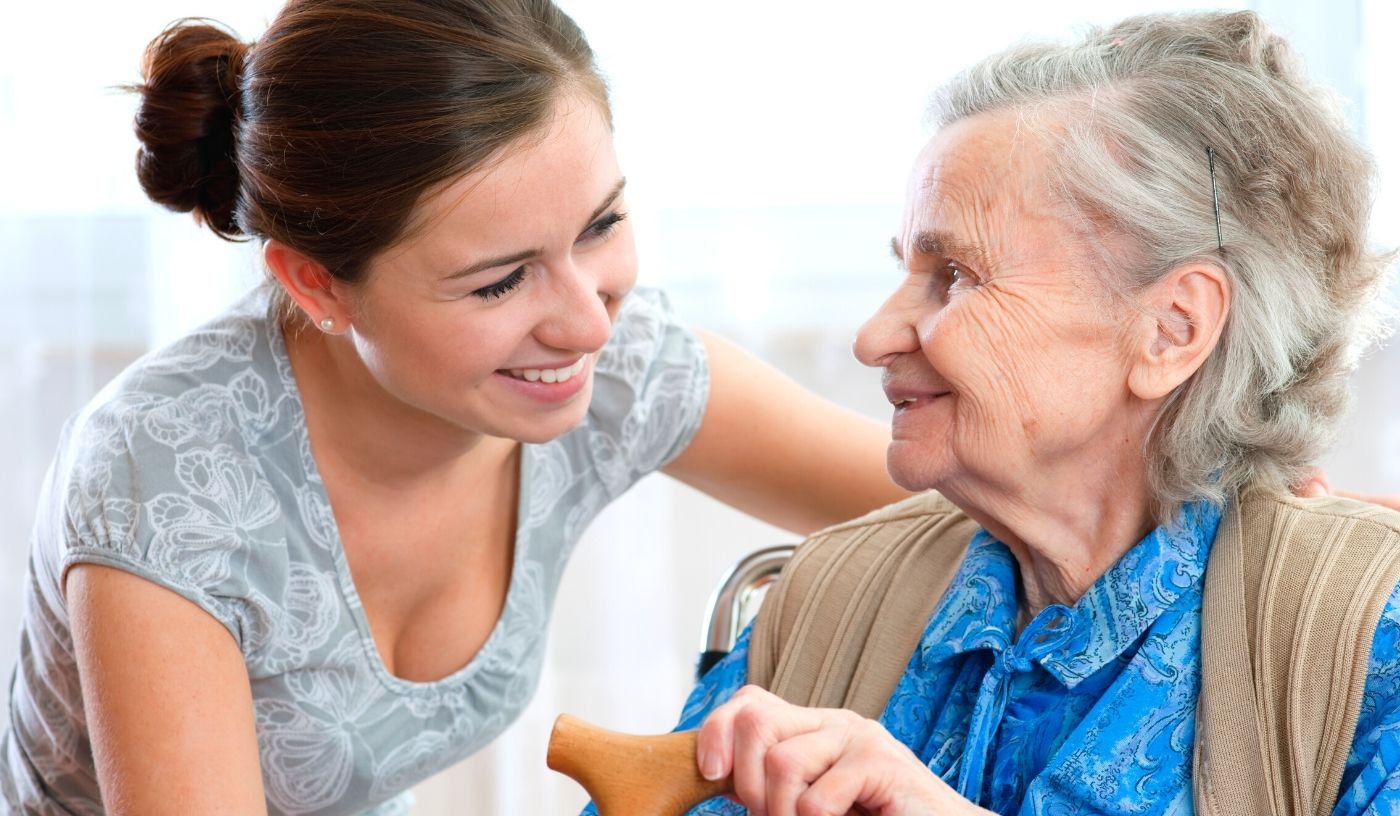 Our client is Agylia, a learning technologies company.

Over the last two decades, Agylia has grown into an international learning management system (LMS) and digital learning creation company with offices in the UK and the US.

In 2019, Agylia took their first step in the B2C market with an innovative social enterprise: Agylia Care.

To help in this new venture, CEO Tim Buff reached out to ubisend for a unique chatbot solution.

The care industry is ever-growing. In 2019, Workforce estimated the number of full-time equivalent jobs at 1.13 million in the UK (source).

Since each care worker has undergone rigorous training in an identifiable area, delivering them targeted material is simpler: they most likely provide care to individuals suffering from a condition they've trained for.

Agylia's move into the B2C market is targeting a very different audience: unpaid carers. Those are individuals caring for friends or family members without prior professional training.

There are an estimated 6.5 million unpaid carers in the UK (source). Research shows they often feel isolated and ill-prepared to take on this, often sudden, role.

These individuals step up to look after an ill, older, or disabled family member, friend, or partner -- sometimes for a few hours per week, frequently full-time, often more than full-time.

This is Agylia Care's purpose: to provide support to unpaid carers with valuable, personalised, and targeted training material.

The challenge: understanding their caring role

Professional carers can easily explain the illness of the individuals they care for. They have a defined work schedule and undergone proper training.

Unpaid carers, however, struggle a lot more. They are typically isolated and untrained. This makes understanding their needs and the situation they are facing a struggle.

In order to provide the right, targeted learning path to each individual's personal circumstances, Agylia need to learn as much as possible from the carer and the caree's condition.

CEO Tim Buff approached ubisend with a simple idea: what if we allowed carers to simply talk about the conditions they care for, using layman's terms?

Following our usual process, ubisend formed a team dedicated to the project. The team immersed itself in the Agylia world, met with the key stakeholders, and took part in several brainstorming exercises.

After each meeting, we prepared low-fidelity prototypes of the project to illustrate the progress and gather feedback.

Along with the chatbot-side of the project, we also scoped out how the Agylia team would want to manage the chatbot. The chatbot management system is an important part of the puzzle, as it contains key functionalities like training windows, adding content, monitoring, and more.

With both pieces of the software scoped out, the chatbot project was ready to kick off.

Fact-finding and algorithmic scoring with a chatbot

Agylia's number one priority is to provide an educational, enjoyable, and seamless experience to the unpaid carers using their app.

To ensure they can provide them with relevant resources, they need to collect information. ubisend developed a tailored chatbot solution that uses artificial intelligence (AI), particularly advanced natural language processing (NLP) engines, that engages with the user through a human conversation and automatically extracts the important information.

This information is stored and parsed through a bespoke algorithm. This algorithm scores the severity of the condition and, finally, uses this score to allow Agylia to pull a personalised content path from their immense library.

The most important part of the conversation happens when the user is asked to describe the condition they are caring for. 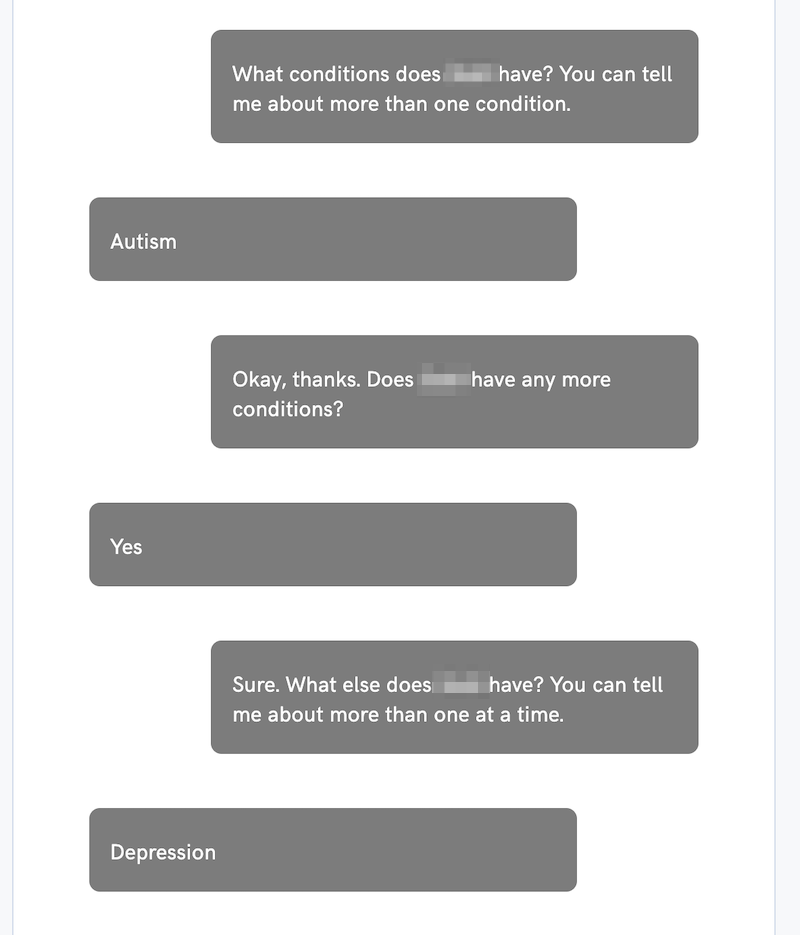 There are hundreds of conditions a user could care for. Each of these conditions could be described in a number of ways. On top of this, each condition comes in a variety of levels (severe, mild, long term, short term, etc.).

This is an absolutely critical part of the conversation. This is where our bespoke NLP engines kick into gear to extract the conditions the users are dealing with.

Once extracted, entities are parsed through a complex algorithmic scoring system. This algorithm helps Agylia differentiate carers looking after severe or mild conditions; amongst other things.

This chatbot helps users at a critical, and often stressful, part of their lives. It's important we provide an experience that is not only accurate, but also smooth and seamless. Finally, the solution we build needs to be super easy to use. Care providers are busy people with little time for fancy interfaces.

This is also Agylia's first steps into B2C, making the project an ideal candidate for our typical phasal approach.

Breaking down the project

After a series of on-site workshops, we managed to get a clear view of what the end solution should look like.

To get us to a usable version, our experts broke the project down into three phases:

For the alpha launch, we stripped down all features to the bare minimum. We launched Agylia Care to a select group of 50 internal employees.

This phase is important because these users know everything there is to know about the project. If the chatbot does not meet their expectations, we are back to the drawing board.

After two weeks of internal testing, our teams gathered a tonne of insightful feedback. Implementing this feedback took us to our second round of testing.

The beta launch was the first trial by fire. Agylia Care and its chatbot launched to over 1,000 actual users. For close to three weeks, we got to observe how actual users would navigate the chatbot and, of course, collect their feedback.

Adapting to the audience

As a chatbot development company, we often say we can build anything. It's easy, therefore, to fall into the trap of building cool tech for cool tech's sake.

Thankfully, this type of behaviour doesn't tend to survive the first contact with users.

In this particular project, we started by making the entire chatbot interaction extremely smart and NLP-driven. Very cool from our geeky point of view.

It turns out, users would much rather use buttons through some of the simpler parts of the conversations. They are busy, stressed, worried about a loved one -- they don't want to waste time typing and rely on a machine to figure out what they're trying to say.

Making the conversation simpler had a knock-on effect.

We managed to cut the length of the conversation in half as well as focus our artificial intelligence resources to the one key part of the interaction.

What's next for Agylia Care's chatbot?

On November 11, 2019, the Agylia Care app and its chatbot officially launched. At the time of writing this case study, the chatbot has already created 541 care recipient profiles.

As the chatbot continuously improves with every conversation, Agylia are already looking into the future. The first area of focus is to add more conditions to the chatbot’s knowledge base. Throughout the testing phase, 277 conditions were brought up by carers that the chatbot was not ready for. In the next phases of this project, ubisend will strengthen and expand the current conversational path, introduce FAQs, enrich the experience with multi-media, and more.

ubisend is proud to be a part of Agylia's journey with this rewarding project.

Could your audience benefit from a conversational interaction with your business? Talk to one of our experts to find out how a chatbot could help. 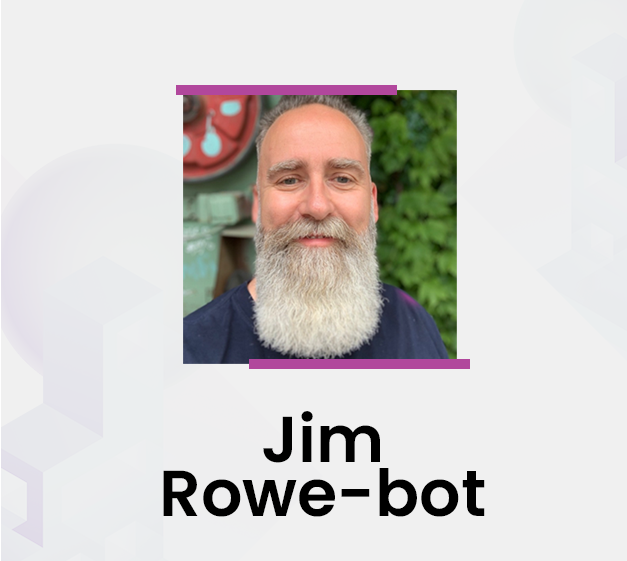